How to Host a Murder Mystery Party

Murder mystery parties are becoming more and more popular. While you can hire a company to stage an entire production out of your home, the information below applies only to the “do-it-yourself” type of home parties where you and your guests play all the roles. Your level of success and enjoyment will naturally vary, depending on the personalities of your guests and their acting talent! The more time and money you put into your party planning, the better your results will be. 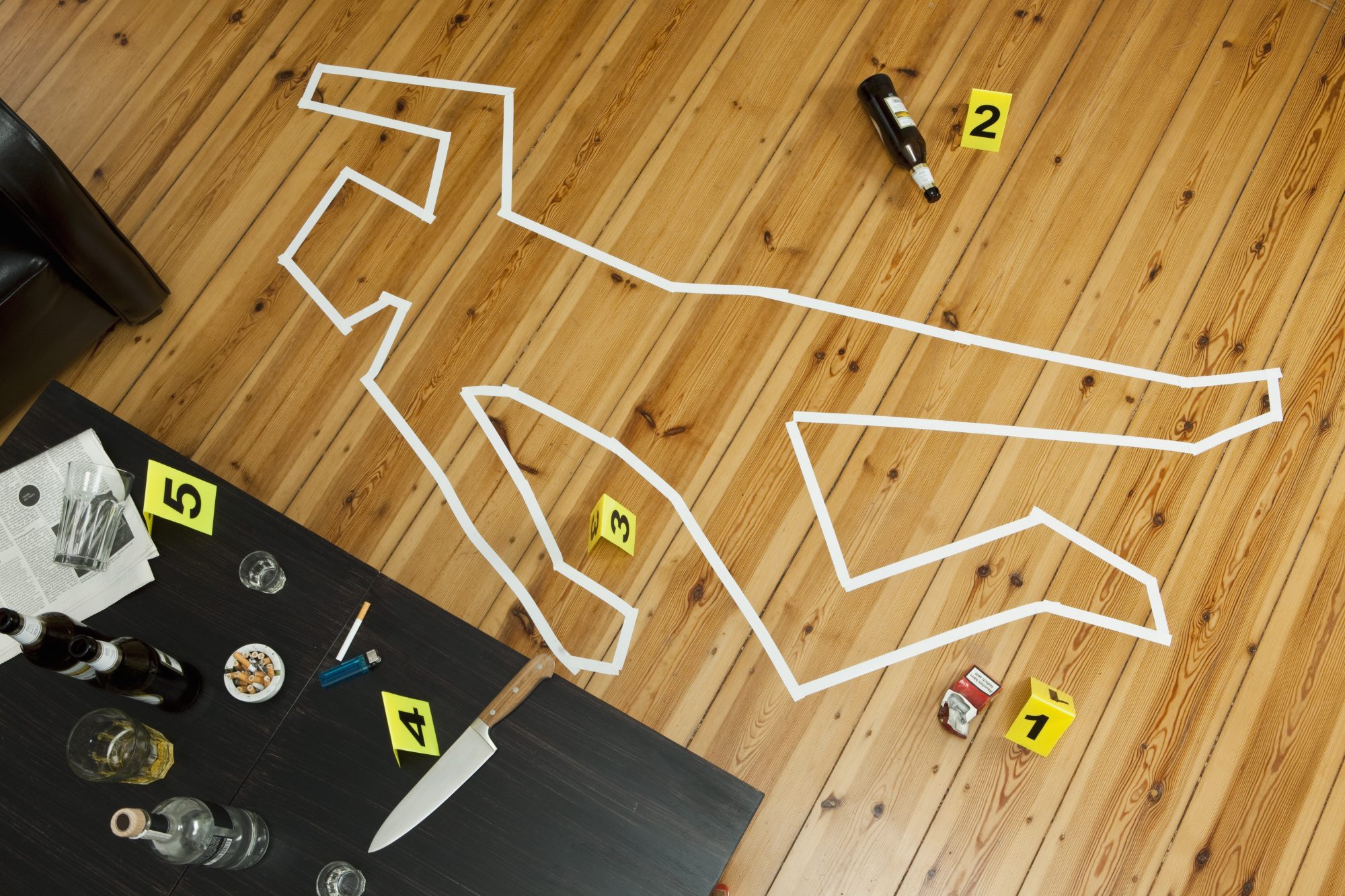 Decide whether to buy a murder mystery party kit or whether to create your own. Most kits contain the script, the rules of the game, ideas for costumes, and recipe ideas. Therefore, you should try to include these elements in your own design. If you decide to create your own game, make sure the story is somewhat believable, scary, and interesting.

Divide your story up into scenes which can be acted out as the evening progresses. Give each character his or her own backstory that’s not only unique, but that also fits in with the clues. Make sure that it is possible to discover the villain by taking note of the clues, asking questions of the other protagonists, and piecing it all together. Although there will be several suspects, of course, only the guilty person should fit the bill.

Choose the theme of your party. Don’t be afraid to experiment with offbeat ideas, such as a mystery within a high fantasy theme or apocalyptic wasteland. Obviously, if you go with a ready-made kit, you’ll be limited by what themes are available, but even so, you can still find one that is adaptable to your needs.

Select the venue where you will hold your party. For smaller gatherings of no more than eight to 10 people, your home should suffice. However, for larger groups, a dining hall or other public location would be better. Another consideration for the location is the time of year. Unless you live in a temperate climate, you’re not going to want to hold your party outdoors during the winter.

Gather the props and decorations for your party. Your theme will determine what kinds of objects you’ll need to create the setting for your mystery. You can often make use of items you have around the house, like old shoes for making footprints or knives for the murder weapon. Otherwise, thrift shops and garage sales are good places to find props, and are relatively inexpensive, too.

Determine how you will give out prizes. Some people decide to give out one prize to the person who solves the murder, while others decide to give out prizes for other accomplishments, as well. Giving one prize works best to bring out the guests’ competitive instincts, while multiple prizes encourage more wheeling and dealing. Multiple prize ideas include things like best costume, best performance, wealthiest player, and more.

Determine the menu. Murder mystery parties are better when they include a buffet meal or a potluck rather than a full course meal. The main reason for this is that it frees the host up to concentrate on the action, knowing that the food is prepared and ready. Plan as many courses as you have scenes in your murder mystery.

If you do decide to have a full course meal, then either have help with the party or play a lesser character so you won’t be overwhelmed.

Determine your guest list. Only invite people who are going to become really involved in the fun. Everyone present needs to play their parts enthusiastically. They don’t have to be wonderful actors, just willing to forget their inhibitions and pretend to be somebody else for a few hours. You will know which of your guests will relish playing a character who has quite a bit to say and do, and which would prefer a smaller, insignificant role.

Arrange for the cast to arrive at the location earlier than the other guests so that they can get ready for when the others get there. Tell your cast members to keep their characters a secret, even from partners or spouses! It really gets the party off to a great start if nobody knows who anybody else is until the last minute.

Place the clues where people can find them. Since most of the action will take place around the dining table or wherever you choose to have everyone gather, good places to plant clues include under your guest’s plates, underneath the sofa cushions, or under your guest’s chairs. If you’re going to have your guests roaming around, you can put clues in other spots, like bookshelves or in desk drawers. 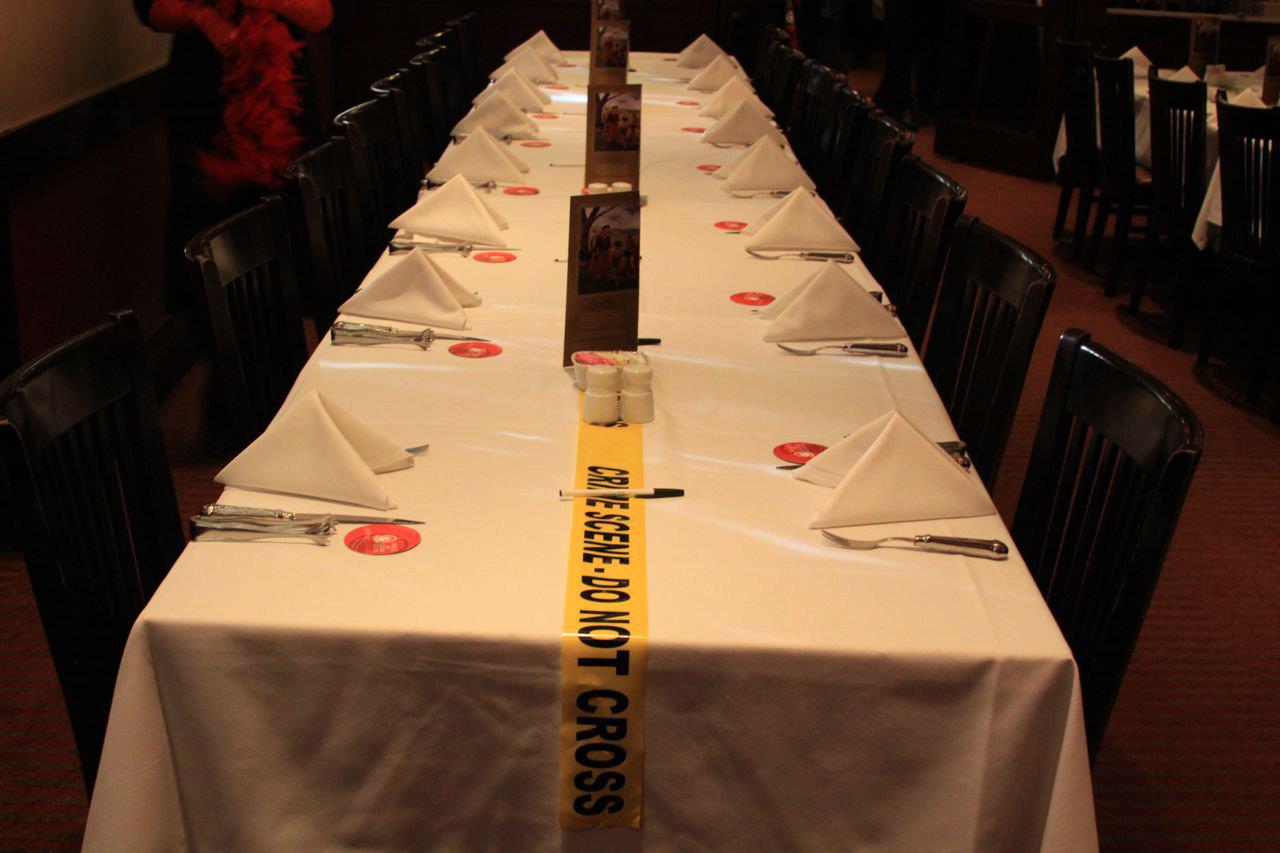 Part 2: Having the Party

Greet your guests as they arrive. Offer them drinks and appetizers. Ideally, have them gather in one area so that the mystery may commence as soon as everyone shows up.

Let the guests mingle with the cast. Allow them to get to know who everybody is by circulating and asking questions. It’s a great icebreaker and helps to get everyone into the story.

Allow time for your guests to deliberate. Don’t rush through the meal. Let your guests linger over their food and chat with each other about who they think the murderer might be. Be mindful that your guests’ conversations don’t stray to other subjects. It’s normal for conversations to wander, but try to keep it to a minimum.

Keep your guests guessing until the very end. You can allow cast members to mingle with your guests in between scenes, and depending on their roles, they can either give helpful clues or clues that misdirect. Don’t let anyone become too sure they’ve solved the murder!

Have music on in the background. Not only will the right music enhance the mood, it will also cover up any lulls in the conversation. Having your music system set to continuous shuffle is a great way to keep the music playing.

Have all your guests gather once the murderer has been revealed and the prize or prizes have been awarded. It is always fun for your guests to sit around and start revealing some of their secrets, or the schemes they had going on. Everyone will be amazed at how much was going on under their noses the whole time!