How to Celebrate a Kabyle Wedding

– Preparations and organization of a Kabyle wedding

– Kabyle wedding: the day of the wedding

– The day after the Kabyle wedding

Among the different oriental weddings, the Kabyle wedding is often compared to the Indian wedding because of the similarities in traditions and ceremonies.

Also, as for Tunisian or Algerian weddings, the marital union can take place over several days and include many rituals. Here is a brief overview. 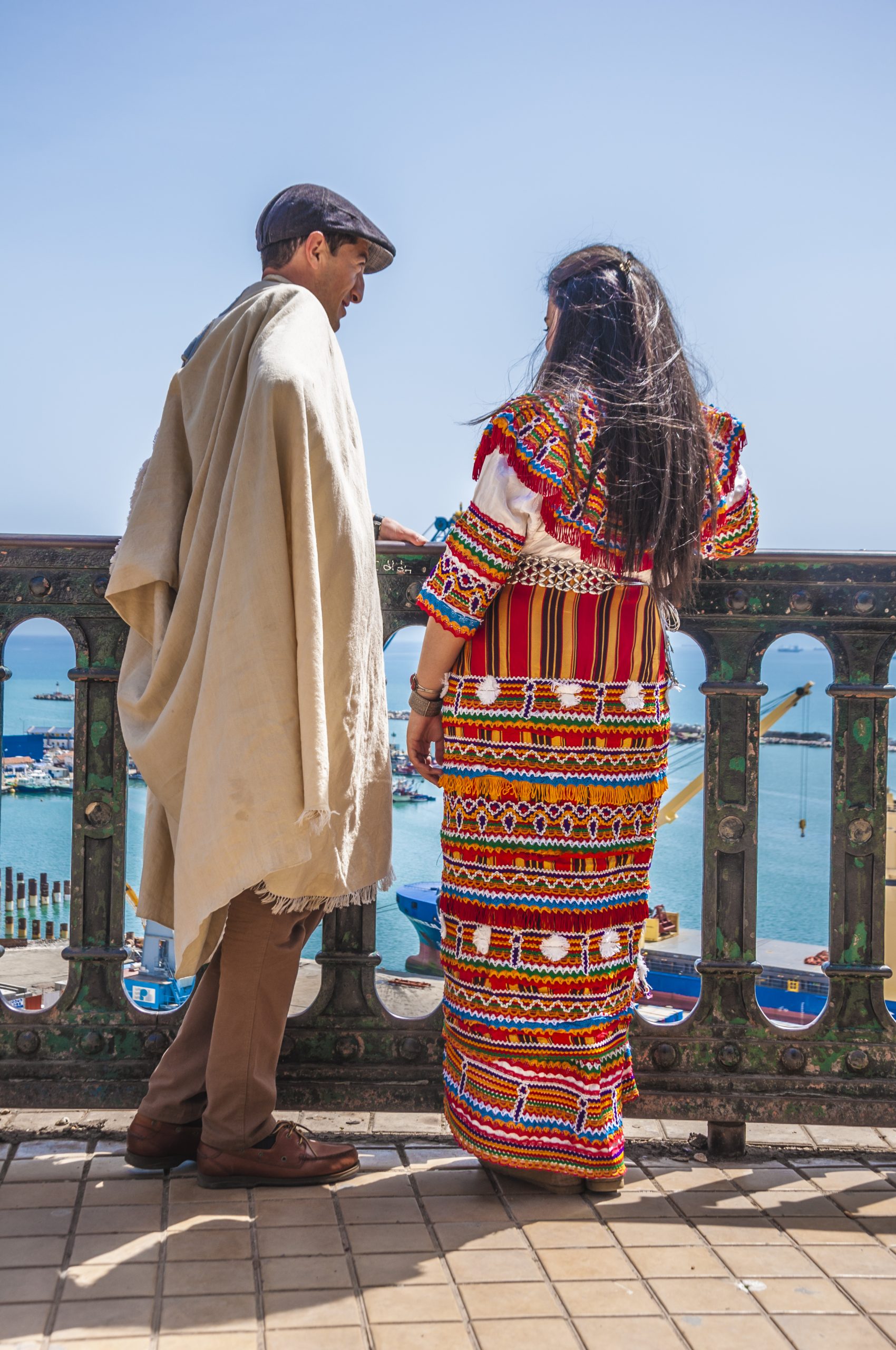 The Kabyle engagement is solemn and commits both families. In tradition, it is up to the man to look for his fiancée.

Several rituals can then be put in place:

– The young man can ask for a girl’s hand in marriage by sacrificing a sheep or a goat on his doorstep without seeing one of his family members.

– The fathers of the bride and groom may discuss a dowry in front of witnesses following a meal at the home of the girl’s father.

Good to know: the dowry can be paid in cash or goods. It depends on the social status of the families.

Once the agreement is reached, the ceremony ends with

– The recitation of the Fatiha;

By giving presents to the girl such as henna, soap, perfume, clothes or even shoes.

Note: In the tradition of the engagement of two young people from the same village, the two families built together with a new traditional house for the future spouses.

Preparations and organization of a Kabyle wedding

A traditional Kabyle wedding can last from 2 to 7 days and is a real celebration for the whole village. It includes :

– comings and goings between the two families crowned by a procession;

The hands of the future spouses are decorated with henna the day before the wedding. This rite can be accompanied by :

Good to know: from this moment on, the bride takes the name of “tislit,” meaning the bride.

The day before the ceremony is also the moment when all the village women gather in a spirit of solidarity for the traditional rolling of the couscous.

Finally, the future husband and his family go to the young woman’s house to give her his trousseau and a lamb.

Kabyle wedding: the day of the wedding

On D-day, the bride dresses in traditional clothes such as

– family jewels or those received during the engagement.

She then joins her fiancé at his home, and the mother of the latter offers her dates and sweets:

– It is customary that the bride throws them behind her after tasting them.

– The procession then heads to the bride’s home, where the union will be celebrated.

– The ceremony will be accompanied by oriental dances, a folkloric orchestra, traditional songs welcoming the new couple.

– her husband’s mother and sisters unpack her trousseau.

Good to know: the expenses of a traditional Kabyle wedding are always assumed by the groom’s family.

The wedding night can occur on the same night as the wedding, or it can be slightly shifted in time to allow the future spouses to benefit from a certain intimacy.

The day after the Kabyle wedding

The day after the wedding, a meal is prepared for the bride and her family. The bride will then visit her husband’s family and the people of the village.

From this moment on, the bride’s parents will leave the house and leave the young bride at home.

Finally, during the 7 days following her marriage, the bride :

– be visited by her mother.